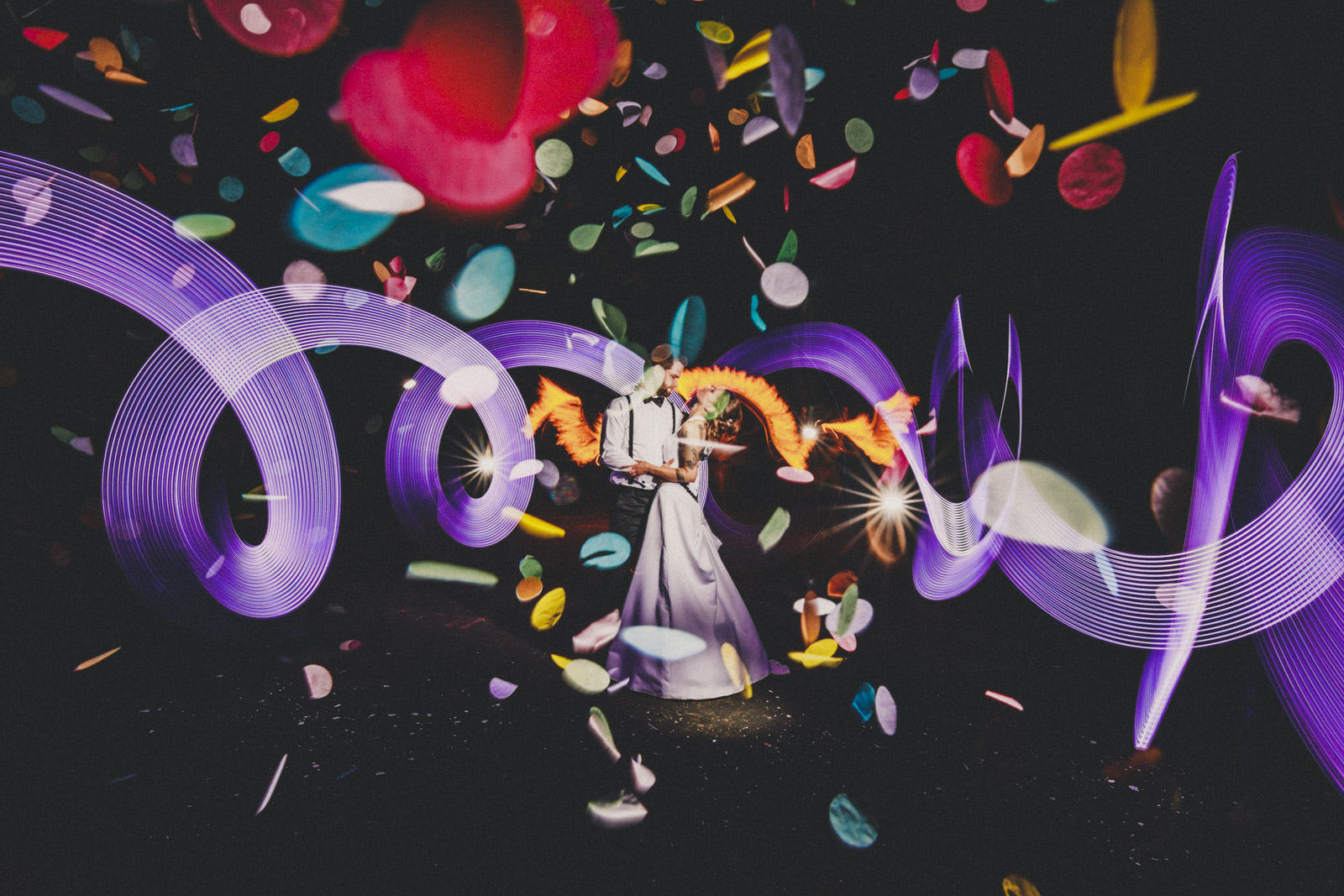 „Let´s do some epic night shot!“

Read here how i did it! 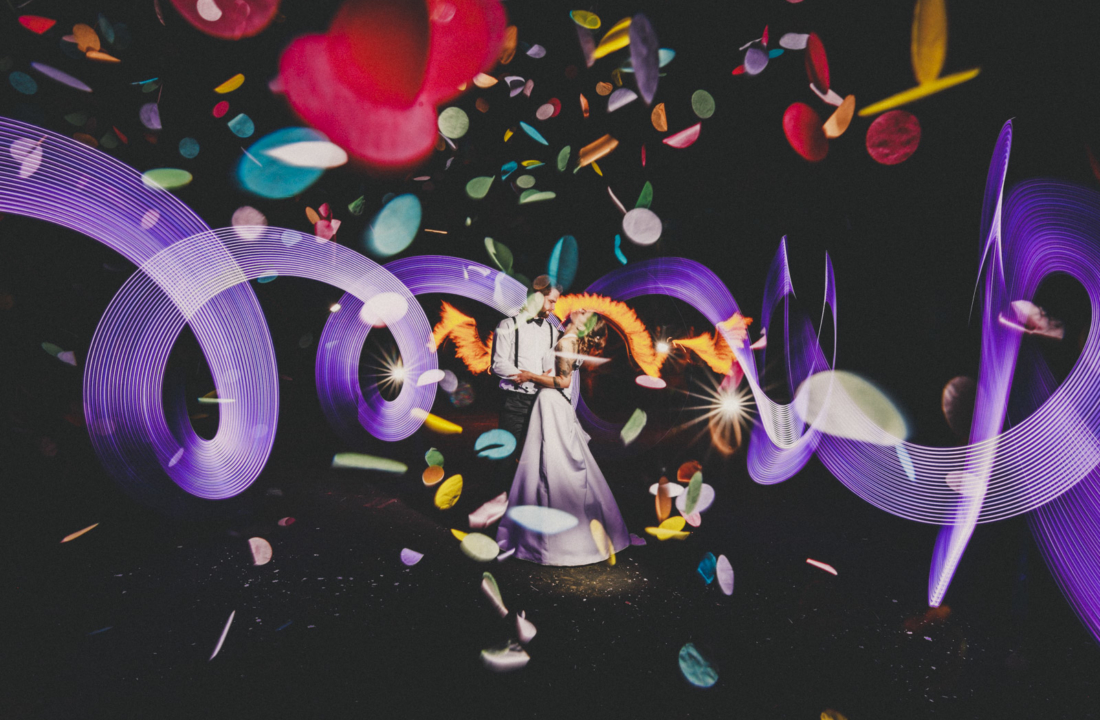 Today i´m writing in english, as a lot of foreign photographers asked me about this shot and how i did it and so i want to give all the non-german speakers the possibility to understand & read this.

So finally on July 14th i had the chance to realize a very certain idea, which was flying around in my head since our wedding photographers meet-up back then in January 2018, where we did some crazy night shot action for the first time. Sparkles, a „light saber“ and a lot of flashes were involved! And as this was so much fun, finally, finally, now was the time to do this on a real wedding!!

So as the reportage was almost wrapped, i asked my couple from last Saturday, if they would like to do some really crazy night shot action!

And hell yeah, this was a lot of fun!!

So now here´s how i did it, as detailed described as possible!

Then, first things first: it has to be almost totally dark! No light from light sources around wanted!!

This shot was done late at night on a simple football ground far away enough from the location, so no light spill from street lamps etc. was reaching the spot.

2. Putting flash A (Yongnuo 685) with grid attached in front of the camera on the ground pointing upwards, ca. 30 to 50 cm away from camera, flash power about… well, shit, i don´t remember

🙂 you have to try it out, i guess, it was about half power…

3. Setting remote control yongnuo 622c ready to fire flash A manually in the last phase of the shot). i just put the 622-remote just behind the tripod, because when things start to get chaotic, it´s a mess…

4. Also: setting 2nd flash B ready to fire (manually!!), also with grid attached, flash power at full!! As the aperture is closed totally, you really need a lot of light to pop the couple out of the darkness!
I keep this flash in my hand when the shutter opens so i immediately can start.

Now a lot of things have to happen at the same time:

7. Person 1 starts blasting fire with the hairspray in the background behind the couple (keep in mind a safety distance!!

8. Person 2 starts running/walking with the lightsaber from out of the frame into the frame behind the couple and to the other side again out of the frame (Yongnuo 360, also at full power, but not quite shure, thesee are details which are totally free to variate!)

9. I am running towards the couple, flashing flash B with grid attached at full power & 35mm flash zoom directly from a short distance a couple of times to the couples head & bodies, from left, right and so on. Also totally free to variate. For example you can only concentrate in the faces, but i wanted the couple to be seen in total.
Important is that the couple DOESN´T MOVE! They really have to stay STILL!

10. After that quickly running behind the couple flashing the same flash a couple of times from behind the couple towards the lens (this can create super-awesome flares when it´s raining by the way… and: you can even simulate rain by yourself when you just sparkle water right in front of the lens… the possibilities to expand this with even more layers is endless…).

Running back to the tripod and…

11. The last 10 seconds: grabbing a hand full of confetti, throwing it into the air in front of the lens and flashing flash A remotely with the ready placed 622 controller. There was enough time to throw confetti 2 times here. Most difficult thing is not to throw too much or too less confetti and flashing when the confetti is NOT falling down right in the middle of the frame. This is, where you just need some luck and maybe also a feeling for some good timing…

And now go get out there and make your couples speechless! 🙂